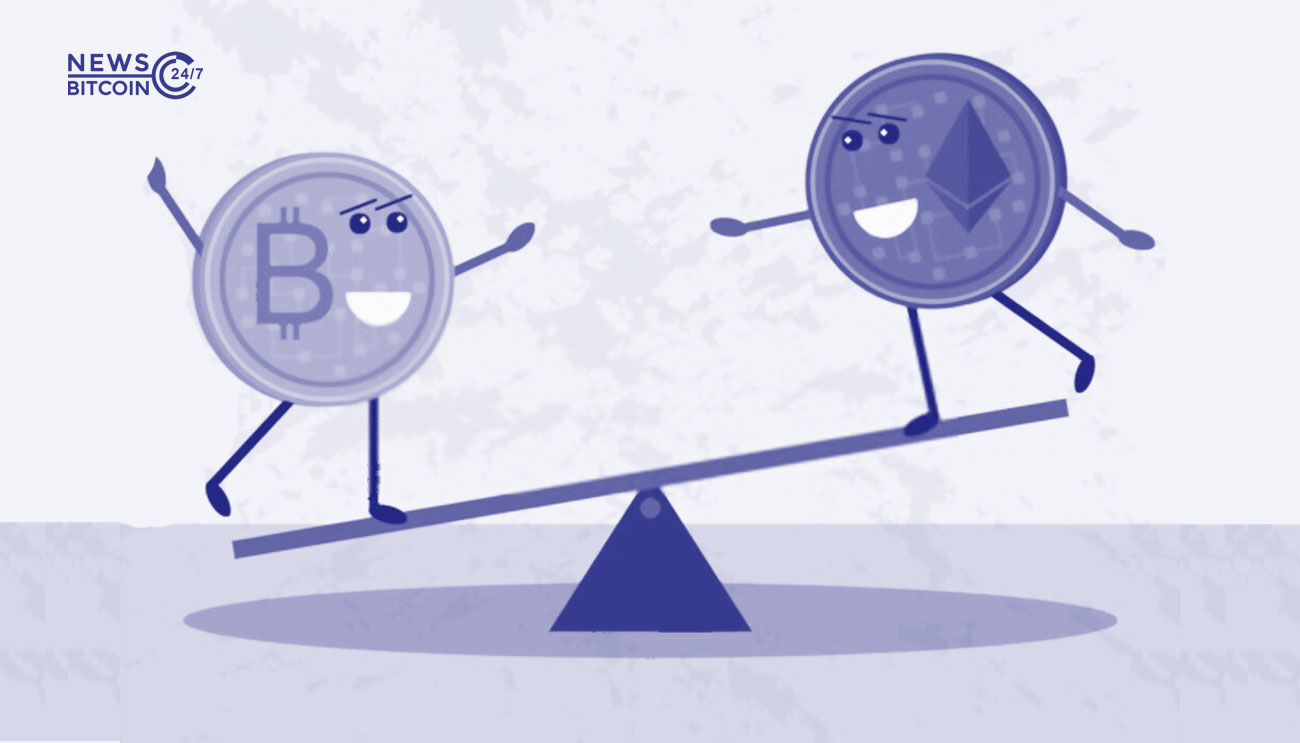 Recent data indicates, the total amount in fees spent on Ethereum has outdone Bitcoin’s for two consecutive days. This indicates more activity and the growing popularity of the network.
On June 6 and 7, Bitcoin had experienced total fees of $310,000 and $252,000 while Ethereum was on the top with roughly $502,000 and $546,000. That is 10.7% more fee revenue than the bitcoin network.
Eric Choe, a renowned trader, comments:
I do believe this is a temporary thing,” said Choe. “Historically, bitcoin transaction fees have been higher. I do think this is more a temporary fixation of the markets right now.
Though Ethereum is the second-largest cryptocurrency platform after Bitcoin its sudden increase in revenue suggests that Ethereum has been receiving more adoption and interest. Thus, increasing the daily number of transactions on the platform also.
Reasons for Ethereum’s Fee Surge:
There are a number of factors associated with the increase in the transaction fee of Ethereum mainly Tether (USDT). Tether is a digital asset and one of the most used stable coins over the past few days. It has generated $31 billion in the last 24 hours. Moreover, there were 502.377 total unique transactions for Tether from June 5 to June 7, which overshadowed everything else by ten folds.
The pattern between Ethereum and Tether:
A pattern similar to the present was observed in September 2019, when Ethereum was generating higher daily network fees than Bitcoin. But more interestingly, back then alongside the rise of Ethereum, Tether’s revenue also escalated by hitting a record of 187,912 daily transactions on Ethereum (ETH).
Ethereum Vs. Bitcoin
This uprise in daily transaction fees of Ethereum than Bitcoin has posed this debate of who will be on the top in the future. Some researchers suggest that Ethereum will continue to rise above Bitcoin but I personally think that Bitcoin will always top the list due to its enhanced security networks that Ethereum will never be able to match.

I’m a highly experienced and well-connected professional in the cryptocurrency industry. I have written for numerous publications, including Bitcoin Magazine, and have been quoted in The Wall Street Journal, Bloomberg, and other major news outlets. I am a sought-after speaker on the topic of cryptocurrency investing and have been a featured guest on several popular podcasts.